Shopping for an F150 and why it is such a pain in the butt.

I have always been a Toyota fan and I have had two 4Runners that have gotten me through a little over twenty years and well over 300,000 miles.  I love 4Runners and have nothing but positive things to say about them, but I want something with a bigger backseat and something that will make it easier to haul bikes, wet waders and boots, skis and snowboards, and things like coolers and camping gear.  In the past, especially after fishing trips, my 4Runner stunk of wet waders and the back always had sand and pebbles from my wading boots.  On top of that, if we went on mountain biking trips, we had to use a tow hitch attachments for the bike rack system which worked great, but not nearly as easy as putting the bikes into the back of a truck.

So, I have decided to get a truck.  However, it has actually turned out to be a huge challenge and this is why.

For starters, I am not getting a truck to haul large payloads or tow heavy trailers.  So, I don’t need a Heavy Duty or Super Duty…  and to be honest, I could probably get by with a Tacoma or similar mid size truck, but I wouldn’t get a large back seat and that is why I have decided on a full size/half ton truck.

Now, I did consider the Tundra. The main reasons why I have decided against it was that it really hasn’t been updated much in over a decade and as a result it has a beefy v8 engine with a six speed automatic transmission.   Although it has the highest reliability rating of half-ton trucks, it is a little pricier and it just doesn’t get the gas milage that I want and didn’t have all that great of a safety rating.

Then I looked at the Ram trucks and then GMC/Chevy… and although the prices weren’t that much different, I just wasn’t finding anything that spoke to me.  Don’t get me wrong, I think they have some  beautiful trucks, but some felt too big and boxy…  Now, I have driven a Ram Rebel from Ft. Lauderdale to Denver and it was a super nice ride.  It was super comfortable and the drive went by surprising fast, but the Rebel is a little more money and I keep coming back to the question, ‘Do I need something like that?’ and the answer is, not really.

So, I decided on the Ford F150, but now I am even rethinking that (sorta).  The F150 is supposedly the best selling truck over the last several years, it won Motor Trend truck of the year in 2018 and has a better than average reliability rating, better gas mileage than most others in its size and a pretty good safety rating.  One source ranked it as the second safest full size truck behind the Ram 1500 and it was only second because the Ram had better head lights.  https://www.kbb.com/best-safety-rated-cars/pickup-truck/2020/ and this Youtube discusses how the F150 excelled over the Tundra. (2019) https://www.youtube.com/watch?v=EibaKULr16o and https://www.youtube.com/watch?v=QJS5lGJchcw.

So, here is where I am today with the F150.  I like the look and assuming I can find the right one for me, I believe I will be happy in an F150.  However, shopping for the right one has been a real challenge.  Why?  Well, to start things off, they have six different engine choices (prior to 2021 and the PowerBoost):

Searching for used V6 F150s on sites like CarGurus.com is challenging because of the number of v6 options.  Ie. you see one you really like, only to find out it is the straight V6 or the 2.7L…

Because I live in the Rockies and do a lot of driving over mountain passes, I ruled out the first three and because of price I have also ruled out the Raptor.  I am sure the first three engines would be fine, but I didn’t want to risk it.  So, at one point, I was sold on the 3.5L EcoBoost engine, but upon doing a lot of research and asking around…  I have switched to the 5.0 Liter v8 as my first choice.  The main reasons were:

So anyway, I have started leaning more towards the V8.  One quick note, I  also have a friend that has the 3.5L and he said it was the fastest car he has ever owned, but as much as I would love that, I am not necessarily looking for that.

So, I feel pretty good about the V8 and if the right truck was available in the 3.5L, I would be ok with that as well.  However, getting back to why this shopping process has been a real challenge…

There are at lest seven different trims.  I say at least, because I have seen the Shelby, the Tremor, the Limited Roush F150… and I will admit, I don’t know much about those other than they are out of my price range and quite honestly way more than I need.

And then you have additional ‘Appearance’ packages, which come with unique decals on the rear right and left sides of the truck and different color bumpers, grill colors and grill styles, etc.

But you also have packages such as:

You also have different Cab and Bed configurations.  I am not going to go too deep into these as they are pretty self explanatory.  In my searches, I am looking for a Crew Cab (also called Super Crew) with a regular bed size, or the 5.5ft bed length (whereas the long bed is about a foot longer 6.5ft and it won’t fit into my garage)

At this point, I have narrowed my choices down to something in the XLT or Lariat trims and ideally with the Off Road package and heated front seats.

Where the Lariat has one additional drive mode

Now, here is where it has gotten really frustrating.

Every time I come across a good looking V8 XLT or Lariat with the Off Road Package (FX4), it either has a solid rear window (which I don’t want) or, and this is a big one for me, it has the 40/20/40 front seat configuration.  This is the bench seat with the optional center seat that can fold up and down.  With this configuration, you lose out on a center console and the storage it provides.  It also means that the shifter is on the steering column and I just don’t want that.  Now, you can get an XLT with a center console and still have the shifter on the steering column, but again, not what I am looking for.  So, to get the bucket seats with a center console and center console shifter, you need to look for the Sport Package or higher trims.

This has me leaning towards spending a little more money and going with the Lariat trim.  However, I think the Lariat just eliminates the solid rear window.  The 40/20/40 bench front seat is still an option in the Lariat.

So, I have been using cargurus.com, autotrader.com, carfax.com and, in my opinion, all three of these sites have pros and cons.  For example, on cargurus.com you can search by V6 or V8, but you can not specifically search for the 3.5L EcoBoost.  Where as on autotrader.com it allows you to search by engine displacement and you can select 5.0 or 3.5…  So, I have learned to really rely on the filters because I got tired of getting excited about a truck to find that it was lacking one of my must have requirements.  Unfortunately, none have filters for front sear configuration or shifter location, so you have to click through the images to see if it has the center console shifter or steering column shifter.

Distance:  I live in a town where the closest auto dealership is 30 miles away, but the inventory is not always the best, so I usually search a 200 mile radius to get results from the majority of the ‘Front Range’ which consists of Ft. Collins down to Pueblo.  Of course, the curios side of me also checks to see how car prices vary within different states.  So, I often run searches set to 500 mile radius of my zip code to nationwide results.  Often times, I find a good price drop on vehicles in the south and east.

Last, but not least: Price advertised vs actual cost.  Often times, the price listed on Cargurus or Autotrader includes the maximum rebate offerings, but when you go buy, you might not qualify for all those and low and behold the deal starts to not look as great.

So, that is why shopping for a new or new used truck has been a real challenge for me.  Now, if I lived in a big city with lots of options and could drive around all week from dealership to dealership, it might not be nearly as hard.

Additional sources used in my research:

Disclaimer #1: I will be the first to admit that there is a ton of information around just the F150 and I it is totally possible that that some of the info above is no longer valid and possibly even wrong.  I am a web developer and not a mechanic by any means.  I have never owned a truck and therefore, I have been trying to learn as much as I could before I pulled the trigger on one.  A lot of my information above stems from my opinions and specific wants and needs from a truck.  I have watched videos on installing after market cold air intakes to after market lift and leveler kits.  The learning process has been pretty overwhelming and that is primarily because I tend to nerd out and do more research than the average shopper.  As stated at the top of this, I am not looking for a work truck or a truck to pull a camper or even a boat…  To be honest, what I am after is something that I can take off the beaten path to get to cool camp sites, fishing spots, and something to make hauling mountain bikes, tents, skis, coolers, etc. a little bit easier without running out of room and having to settle on leaving something behind.  Ultimately, I do hope to put a rack on the back and install a roof top tent… Something along the lines of what is here: https://blog.decked.com/truck-brigades-overland-f150-build/

Disclaimer #2: As a web developer and someone who has written articles/blog posts about web development, hosting, how to articles…  I was curious how an article such as this one would compare with regards to Organic Traffic.  It is basically an SEO experiment to see if this blog post gets found and how much traffic a topic like this gets compared to my usual entry.  My guess is that this article has the potential to get way more views than my average post.  We will just have to wait and see. 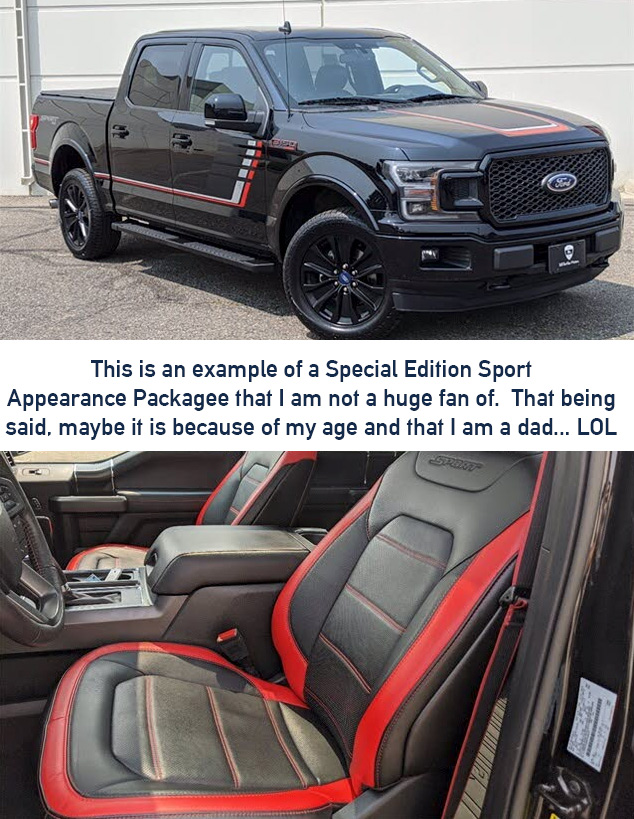